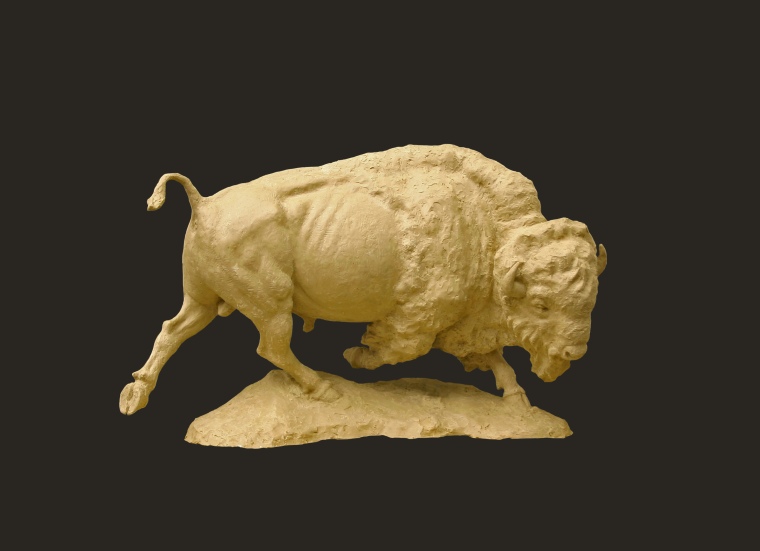 I love iconic images of America (The Grand Canyon, Texas Longhorns, The Giant Redwoods).
The “American Bison” is one such image. Can we, of this era, even come close to imagining the sound that millions of these animals made as they rolled across the prairies? Adjectives abound. “Majesty”, “Power”, “Nobility”.

I find a dichotomy, of sorts, with the bison. Here is an animal, one of the most powerful beasts on earth, yet it is not a predator. It just wants to be left alone to eat grass and move on to the next range to graze.

I like to think that what our nation holds as the “American Spirit” can be found and witnessed in the bison. Here is power in the individual, instincts towards protection of self and others, an orientation towards family and not predatory.
SCOTT ROGERS