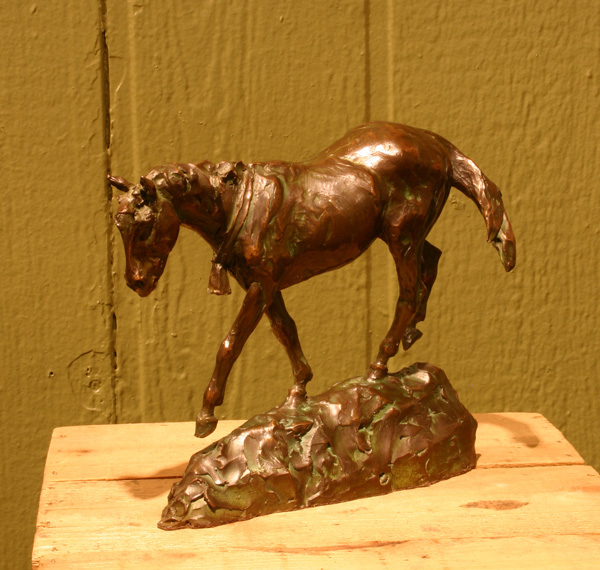 Oft’ times an older “trail savvy” mare would have a bell placed around her neck and given freedom to follow her nose. The pack animals (mules, horses, donkeys etc.) followed the sound of the bell on the mare’s neck. This allowed the packer freedom, rather than having to hold on to a lead rope and wrestle his animals through brush or rough country.