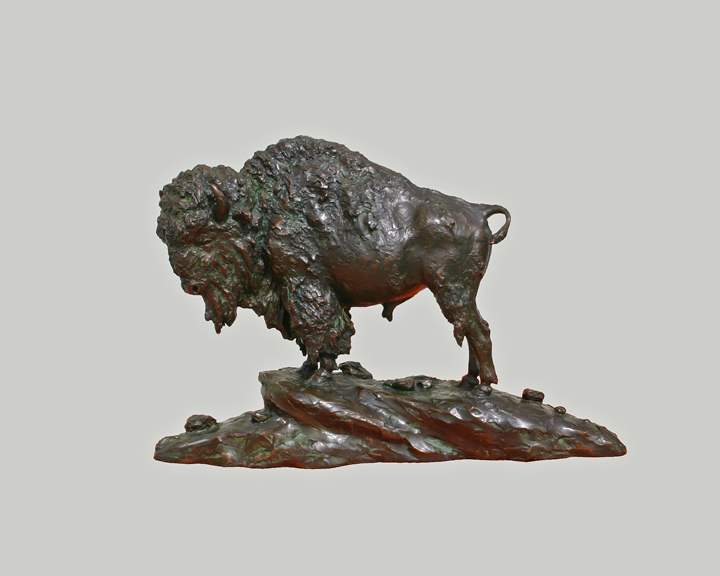 I love the majesty of bison (buffalo). The inherent nobleness in this beast of the plains commands attention. I’ve often found myself drawn to the shaggy appearance of bison in springtime – when they are shedding their thick winter coats. I love to see the discarded winter hair hanging in clumps and sheets off their backs.