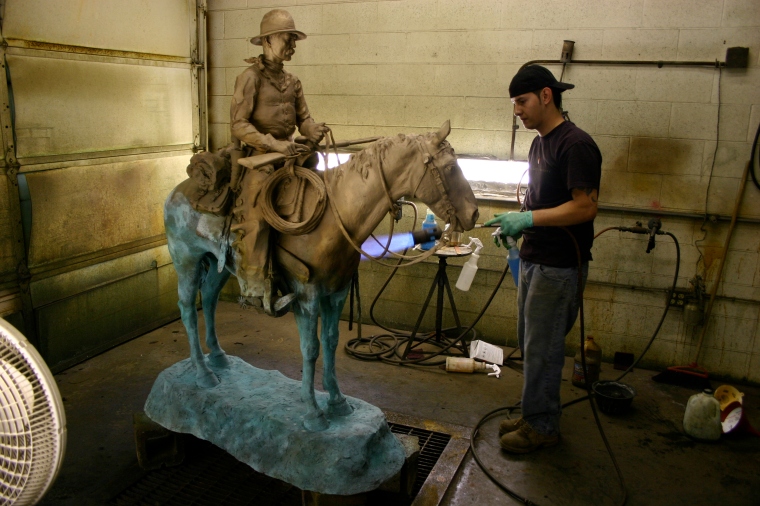 This image shows the copper (cupric nitrate) being applied to the bronze with a torch – at about 200 degrees.

Rifle out and at the ready!

You might say it’s his “Welcome mat” to the group of men approaching on horseback. It’s amazing how a loaded rifle keeps things honest. This may be trouble – it may be nothing, but, he hasn’t taken three herds up North being stupid and unawares. T’wouldn’t be new to bury those that thought they could take his herd.

He’s been stampeded, fought Injun’s, weathered freak snow storms and seen the blue lightning on the backs of steers in a storm. He knows the taste on the inside of a man that comes when trouble ain’t asked for. He can’t remember when it happened…he just feels right at home when he’s up against it.

He rides for the brand – his loyalty is unquestioned. His men love him – for he plays with a square deck.

With him….”Ya know where ya stand”.