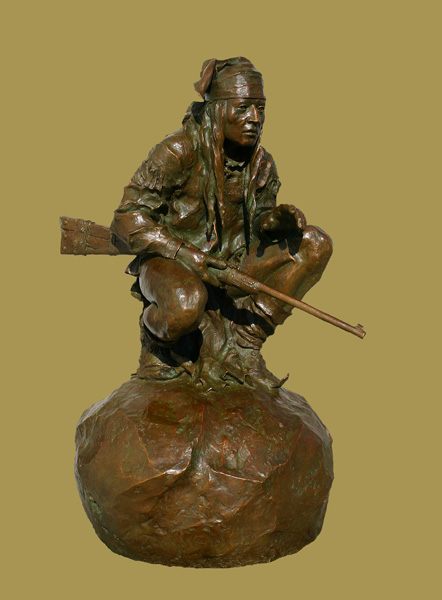 Famed for their fierceness in battle and resourcefulness in evading capture the Chiricahua Apache dwelt among the Sierra Madre Mountains in southeast Arizona. In describing the military’s efforts, one soldier said, “We chase the wind and shoot at shadows”. Led by chief Niech, and medicine man, Geronimo, the Chiricahua were one of the last Indian tribes to lay down their weapons of war. On September 4, 1887 the Chiricahua surrendered to General Nelson A. Miles.

• The rifle is a 45-70, a common firearm acquired among the Chiricahua.
• For war paint, the Chiricahua placed a solitary white stripe across the bridge of the nose.
• Turned up moccasins were characteristic of Chiricahua footwear.